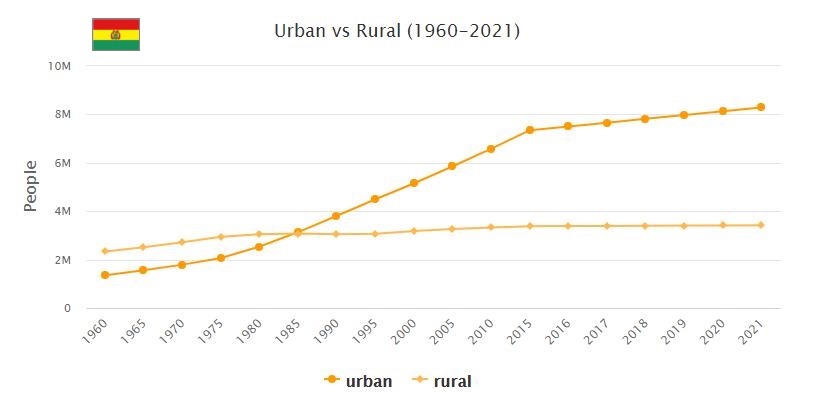 Bolivia is one of the poorest countries in the region, but good economic growth and social programs have reduced the gaps in society since the 1990s and pushed poverty down. Doubling GDP/capita and targeted support efforts to the most vulnerable has improved the situation. Visit AbbreviationFinder to see the definitions of BOL and acronym for Bolivia. 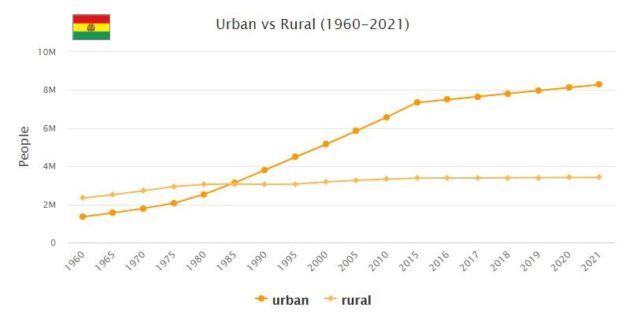 Parents get paid for letting their children go to school, pregnant women get compensation if they visit maternity care and poor elderly get a pension.

However, half of the population is still estimated to live below the national poverty line. The country’s indigenous people dominate the poorest groups and generally have poorer health, shorter life expectancy, lower incomes and poorer education than the average population. Check to see Bolivia population.

In August, Bolivia and Peru signed an agreement to open Bolivian gas exports through a Peruvian port. Presidents Carlos Mesa and Alejandro Toledo signed a “letter of intent” in Lima to form the basis for further cooperation. The agreement should be economically advantageous for both countries. Bolivia has the second largest gas reserves in South America – after Venezuela – and seeks to sell energy on the world market.

In October, thousands of peasants marched against La Paz demanding that ex-president Sánchez de Lozada be brought to justice as responsible for the killing of 78 protesters during the “gas war” in 2003. Protesters demanded the country’s oil and gas nationalized. The march took place after a parliamentary commission recommended parliament to authorize a lawsuit against Lozada, Defense Secretary Carlos Sánchez and Interior Minister Yerko Kukoc, who were jointly responsible for the repression during the “gas war”.

In January 2005, MAS leader Evo Morales was charged with receiving money from Venezuela’s President Hugo Chávez. Morales admitted that Chávez supported him politically and inspired him to fight the “United States Empire” but declined to receive financial assistance.

In June, Mesa abandoned the post of president after four weeks of extensive protests in favor of nationalizing the oil and regional autonomy. Already in March he had offered to resign for the first time after growing protests. Demonstrations had reached a level in June when the staff of the presidential palace Quemado in La Paz was evacuated. Mesa’s immediate successors to the presidential post, Congress President Hormando Vaca Díez and chairman of the Chamber of Deputies Mario Cossío, both declined to take over the post. Supreme Court President Eduardo Rodríguez therefore took office as president. However, political turmoil continued and in December, presidential and parliamentary elections were held. They were big won by MAS, who got 53.7% of the vote, thus an absolute majority in parliament and at the same time the party’s leader Evo Morales could sit on the presidential post. This came to the great regret of the United States, for Morales has politically aligned himself with the left-wing governments of Venezuela, Brazil, Uruguay and Argentina. South America’s two main gas exporting countries are now ruled by the left, curbing US influence in the region.

2006 Nationalization of oil and gas

In his May 1, 2006 speech, Morales stated that Bolivia is nationalizing its oil and gas deposits. Or rather, the foreign oil and gas companies were given a deadline to negotiate new terms in place, partly to ensure that Bolivia’s oil and gas is sold through the country’s own oil and gas company, and the state secures at least 80% of the revenue. The move particularly affects the Brazilian oil company, but also other foreign companies. In Denmark, «Development Minister» Ulla Tørnæs threatens to interrupt the assistance to Bolivia. Morales merely wants to ensure that the country’s wealth remains in Bolivia, which is today the second-poorest country in the continent, despite the fact that for centuries foreign rulers and companies have extracted gold, silver, tin and other minerals from the country. Over 90% of Bolivia’s people support the president’s move.