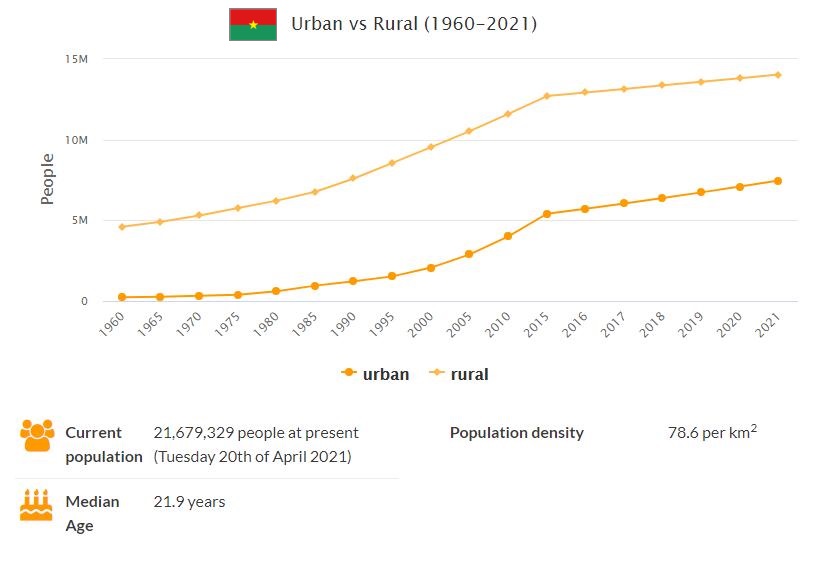 Burkina Faso is one of the world’s poorest countries. Visit AbbreviationFinder to see the definitions of BFA and acronym for Burkina Faso. Nearly half of the population lives on less than a dollar a day. The hospitals are congested and poorly equipped. In 2006, there were 700 doctors in the country, or one per 20,000 residents. In the same year, 72% of the population had access to clean water and 13% to sanitary facilities. 17 percent of women use some form of contraceptive, but the figures vary widely between urban and rural populations. Check to see Burkina Faso population. 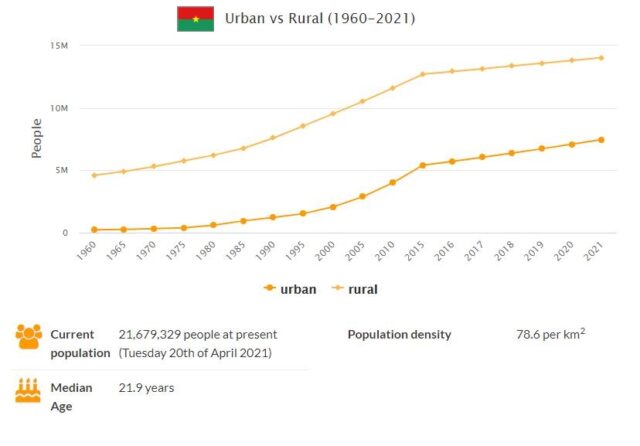 The most common diseases are related to malnutrition and lack of sanitary conditions. In the years 2000–06, approximately 37 percent of all children under the age of 5 were estimated to have been malnourished. Other problem diseases are mainly sleep sickness, malaria and seasickness. 7 percent of public spending goes to health care. Comprehensive campaigns have been conducted to limit the spread of AIDS (about 2 percent of the population was infected in 2005) and to stop female genital mutilation, which was prohibited by law in 1996. Between 1996 and 2006, the proportion of sexually abused girls dropped from three-quarters to less than half.

Burkina Faso has invested a great deal in improving the conditions of the rural population. by redistributing resources from city to country. Nevertheless, the urban population continues to increase rapidly (1990–2006 by 4.9 percent per year). Since 1960 there has been an old-age pension and since 1967 an insurance system.

From coups to democratization

The Union démocratique voltaïque (UDV), which had led the decolonization process, established itself as the only legal party of the new state, and its leader, M. Yameogo, was elected president of the Republic and reconfirmed in 1965. But the following years upon independence they were characterized by great political instability. In 1966 there was a first coup d’état, led by S. Lamizana that, having suspended the constitution and dissolved the parliament established a military government, assuming the positions of president of the Republic and prime minister. In 1969 a resumption of political activity led to the election of a new National Assembly and the election as prime minister of G. Ouédraogo, leader of the UDV; Lamizana retained the presidency of the republic and control over the executive. Political conflicts, aggravated by the dramatic socio-economic consequences of the drought of the early 1970s, caused the military to return to power in 1974-78. After the 1978 legislative elections J. Colombo, of the UDV, constituted a new government, but the persistence of conflicts between parties, trade unions and the armed forces it made the third republic even more precarious than the previous ones and a coup d’état took place (1980) which brought S. Zerbo to power, overthrown two years later.

Nonetheless, discontent with the dictatorial regime established by Compaoré grew in the following years, leading to violent anti-government protests in 2011. In October 2014, there were harsh popular reactions against a project of constitutional reform that would have allowed Compaoré to further extend his mandate, despite a 2000 amendment limiting the number to two, reducing its duration from seven to five years; on October 30, the army announced the dissolution of the government and the National Assembly and the establishment of a new transitional body. After an initial refusal to abandon the leadership of the country, Compaoré resigned from office and announced the formation of a transitional government and elections within 90 days; M. Kafando assumed the role of transitional president and Colonel I. Zida as premier. In September 2015, after further postponements of the electoral consultations that were finally supposed to take place in October, opening the country to a democratic turn, Kafando and Zida were taken prisoner by the presidential guard, who remained loyal to Compaoré; however the coup attempt failed and in the same month Kafando and Zida returned to their posts. The presidential elections, held in November – the first since the coup d’etat that overthrew Compaoré in October 2014 – recorded the victory with over 53% of the votes of RM Kaboré, candidate of the Popular Movement for Progress (MPP), reconfirmed in office with 57.8% in the presidential elections held in November 2020.