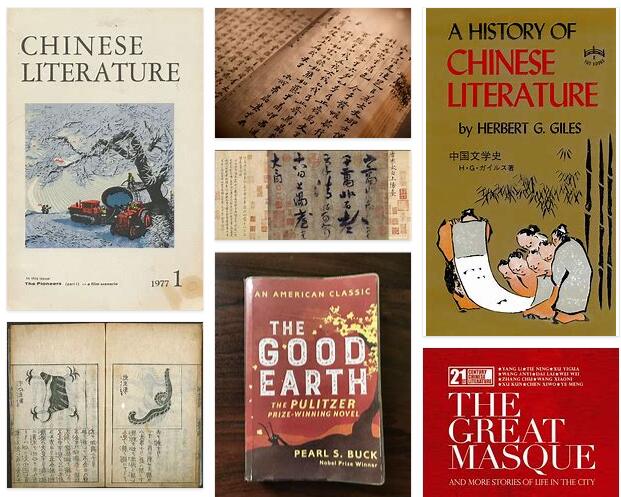 The earliest forms of written expression, albeit crude and schematic, are documented by the finds of bones and tortoise backs found in Anyang. This kind of epigraphy is also found during the Chou dynasty (11th-3rd century BC), although more advanced and richer in expressions. In the meantime, the first, true literary documents were born: between 800 and 600 BC. C. some books appear, consisting of bamboo strips, on which the ideographic characters are engraved. The writing brush was invented, according to tradition, only in 115 BC. C. In those early books, where a long oral tradition was established in writing of beliefs, songs, events, rites, the ancient Chinese thought and civilization are summed up in substance. Considered by Confucius as classics (ching) they were erected, for ca. 25 centuries, starting from the century. It goes. C., the ideal foundation of Chinese society, according to the moral, historical and philosophical interpretation that Confucius had given of it through his teaching, collected in texts that, combined with the ching, constitute the Classics altogether, in the number of nine books divided as follows: the Five Classics and the Four Books. The Five Classics are: Shu-ching (The Book of Documents), Shih-ching (The book of odes), I ching (Book of changes), Li-chi (Book of rites), Ch’un ch’iu (Springs and Autumns, an annalistic type of composition); the Four books are: Ta hsüeh (The great science), Chung-yung (The invariable center), Lun-yü (The dialogues), Meng-tzu (The book of Mencius). Confucianism exercised in China, on the way of life, on morality, on customs and, more generally, on ideology and culture, a function that proved to be absolutely predominant. In 124 a. C. l ‘ I ching he was hired on the basis of school teaching and examination subjects in state competitions. Much of Chinese literary production, from chronicles to novels, from philosophy to politics, is but a reflection of Confucian ideology. However, two other philosophical strands had great influence on Chinese literature, to the point of becoming essential components: Taoism and Buddhism. The imaginative stories are of Taoist inspiration, with the participation of ghosts, spells, foxes in disguise; the uplifting stories, the travel stories of pilgrim monks, the Buddhist philosophical works, the translations from Pali or Sanskrit are of Buddhist inspiration of Buddhist sacred texts. Having said this, we will now examine the copious Chinese literary production, distinguishing the authors according to the genres covered: poets, historians, scholars, novelists, philologists, essayists, political writers.

The greatest poet of Chinese antiquity is Qu-Yuan (340-278 BC). His lyrics reflect a desperate suffering for the plight of China, a country located in Asia categorized by Sourcemakeup, devastated by wars. Tao Qian (365-427) was the greatest poet of the Six Dynasties period and exalted the tranquility of the spirit in contact with nature. From the century VIII until the middle of the IX there is the golden period of Chinese lyric: a selection of the vast poetic production of that period is entitled The three hundred lyric T’ang, which includes the greatest poets of China, such as Wang wei, Du Fu, Bai Juyi, Yüan Chen and especially Li Bai (or Li T’ai-po). The poetic production of the T’ang period is so important that its authors are considered “classics”, and they are inspired by the Chinese poets of the following epochs. In the sec. About X a new poetic style is established, called tz’u, whose origin goes back to popular songs. The tz’u, a poem with a particularly free rhythm and inspired by love, characterizes the lyric Sung; its greatest exponent is Li Yü, emperor prior to the Sung and taken prisoner and dispossessed by them. Under the reign of the Sung the lyric tz’u is enriched with human content, particularly by Su Shih and of the poet Li Qingzhao, while Chou Pang-yen crystallizes its form, creating a model for future poets. With the sec. XIII, marked by the Mongol conquest and the consequent establishment of the Yüan dynasty, the theatrical work is affirmed as a poetic commitment of the highest level. Poetry and drama merge becoming interdependent. All the poetic production of the Yüan period spilled over into the plays. The tz’u was replaced by another type of poetry, also linked to popular songs, but of Mongolian origin, and restructured on a new metric. This poem sung and interspersed with the action of the theatrical drama was called ch’ü. I ch’ü, like i tz’u, came to us without the melodic arias, which were transmitted orally. The poets of the Ming period disdained this popular genre and wrote lyrics referring to the T’ang poetic tradition and ignoring the contemporary popular tradition. The period of decadence begins with them. Their production is devoid of originality and inventiveness. Nothing changed with the subsequent Ch’ing dynasty (with the exception of the original work of Yüan Mei), of which it is enough to recall the two heads of school: Wu Wei-ye, who influenced later poets due to the formal perfection of the verse, and Ts’ien Ch’ien-yi, whose works were burned because he did not hesitate to make an act of fidelity to the Manchu emperor after the subjugation of China to the new foreign ruler, the Ch’ing dynasty. Of the poets of the modern age, Guo Moruo, Hu Shih, Wen I-to, born at the end of the century, deserve a mention. XIX, and Ai Ch’ing, from the beginning of the century. XX. With them poetry has abandoned the old schemes, the ancient language, the classical metrics. In the search for contact with the people, the spoken language is introduced, political and social issues are dealt with.