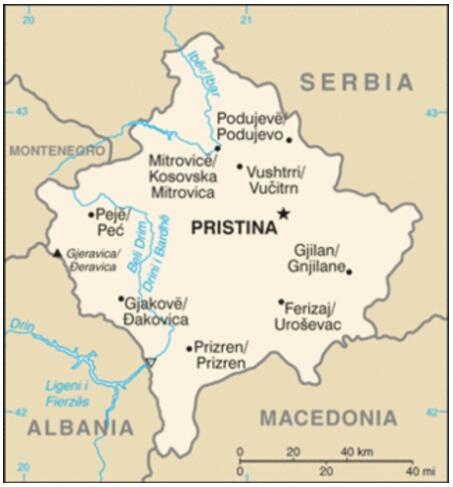 In 2010 the deadlock began to move. In June the judgment of the International Court of Justice failedin The Hague (ICJ), which found that the proclamation of independence of Kosovo was not fundamentally contrary to international law, the attempt by the Serbian government to reverse independence. The subsequent, unimpressed attempt by Belgrade to get a resolution against the independence of Kosovo in the UN General Assembly moved the British and, above all, the German government to become active in the EU’s Kosovo policy. Both signaled to Serbia that despite the disagreement in the Union, the country could not hope for EU membership without acknowledging the realities. As a result of Western pressure on Belgrade, direct EU-mediated negotiations between Kosovo and Serbia began in March 2011 on the settlement of fundamental bilateral issues, excluding the status issue – the so-called technical dialogue. The talks, however, did not produce any concrete results, but in the north of Kosovo they escalated in the summer in relations with the Serbs there and with Belgrade. A trade conflict developed between the two states with mutual goods blockades and the attempt by the Kosovar authorities to exercise sovereignty over two northern border crossings. This culminated in violent clashes with Kosovar Serbs who had set up barricades in the north, and in the death of a Kosovar police officer. The escalation of the violent conflict between Kosovar Serb forces and the international protection force commanded by a German general KFOR led to the political intervention of the German Chancellor Angela Merkel, and initiated the German leadership role in an effort to resolve the status conflict with a political initiative. During a visit to Belgrade in August 2011 to see President Tadić, the Chancellor presented a package of conditions for granting Serbia EU candidate status. These conditions represent far-reaching steps towards a (de facto) recognition of the state of Kosovo and the dismantling of the parallel structures in northern Kosovo. At the same time, the EU blocked the granting of candidate status for Serbia at a meeting on December 9, 2011 in Brussels at the urging of Germany in particular.

Under strong European and US pressure, the Serbian government was forced to make concessions on various issues in the negotiations led by the EU Commission in Brussels with the government of Kosovo until February 2012. In total there were 7 agreements closed within the framework of the technical dialogue and in some cases already started to implement: About freedom of movement, customs stamp, integrated border management, registry office register, cadastre and the recognition of university degrees. In particular, after pressure on both sides, Serbia and Kosovo agreed on a regulation with which the state of Kosovo could for the first time represent itself as a state in regional forums in the Western Balkans – albeit without the full name, Republic of Kosovo, but only as “Kosovo” and a footnote referring to UN Resolution 1244 and emphasizing status neutrality. The agreements, while marking significant progress, also made it clear that the focus on bilateral, allegedly technical questions in relation to Serbia does not represent a sustainable solution for the political question of the status conflict. To date, almost all agreements from the technical dialogue remain incomplete.

From technical to political dialogue

Although the parties that were responsible for the apartheid and war policy in Kosovo in the 1990’s came to power with the new government in the summer of 2012, this did not mean a nationalistic U-turn in Belgrade’s Kosovo policy – on the contrary. According to MILITARYNOUS, after the new ruling coalition began to work, the EU and the US increased the pressure on Belgrade to continue the dialogue with Pristina, and the coalition responded surprisingly pragmatically. After the first round of negotiations, in which the agreements reached under the previous Serbian government were summarized, and Belgrade committed to implementing them more consistently, the dialogue was raised to a new level.

Under the chairmanship of the EU external construction officer Catehrine Ahston, there was a transition from technical details to political questions of principle in the autumn. In Brussels on October 19, the then premiers of Serbia and Kosovo, Ivica Dačić and Thači, met for their first historical encounter. The political dialogue led by the EU developed into a surprisingly quick normality in the course of the first half of 2013. A total of 10 rounds of negotiations between the heads of government took place in Brussels within six months, and the presidents of both countries, Tomislav Nikolić, met for the first time and Arifete Jahjaga. During this time, the question of the institutional regulation of the status of the Serbs in the communities in which they predominantly live in northern Kosovo became the main point of contention. The historical character of this development was that Serbia had begun for the first time, albeit still not explicitly, to recognize the fact that Kosovo was independent. In addition to Berlin’s call for “dismantling of Serbian parallel structures” in August 2011, there were also statements by German and British government representatives, starting with Chancellor Merkel and Foreign Minister Westerwelle at the time, that the time for border changes in the Balkans had come to an end, the acceptance of which by Serbia was in fact one A precondition for political dialogue. Belgrade’s political efforts consequently focus on the institutionally guaranteed rights of the Serb minority in Kosovo. Serbia’s demand for limited territorial autonomy for the four northern Kosovar municipalities with a Serb majority population became the main point of contention between Belgrade and Pristina.

The negotiations took place under the time pressure of the upcoming decision by the European Union to start accession negotiations with Serbia at the end of June. A positive decision was made dependent on the outcome of the political dialogue between Belgrade and Pristina. The EU Commission therefore set the parties a deadline of early April for the successful conclusion of the negotiations.