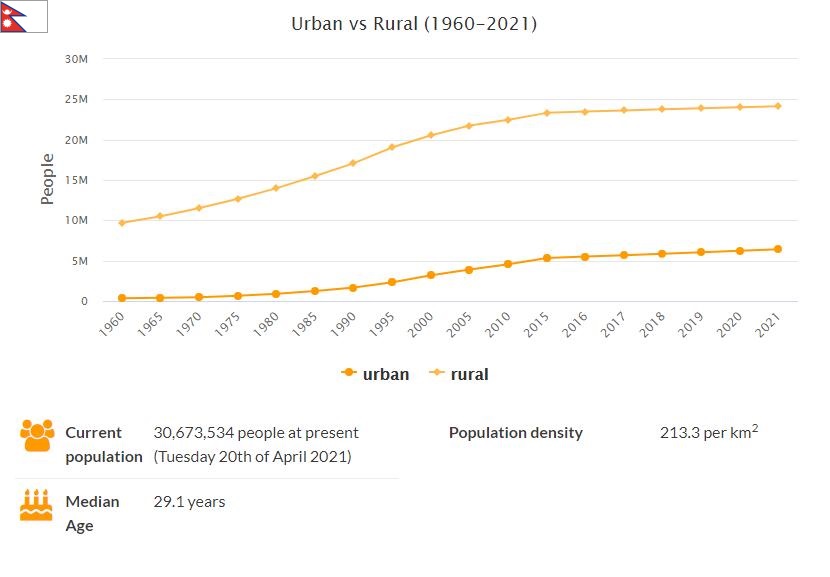 Despite improvements in several areas, Nepal is still a very poor country. Visit AbbreviationFinder to see the definitions of NPL and acronym for Nepal. 80 percent of the population lives in rural areas, often in remote and difficult to access villages in the mountain landscape. The proportion of residents during the poverty line has decreased since 1990 from 42 percent to 31 percent. The income gaps are large; 10 percent of the population accounts for 41 percent of total income, while the poorest portion accounts for only 6 percent (2006). 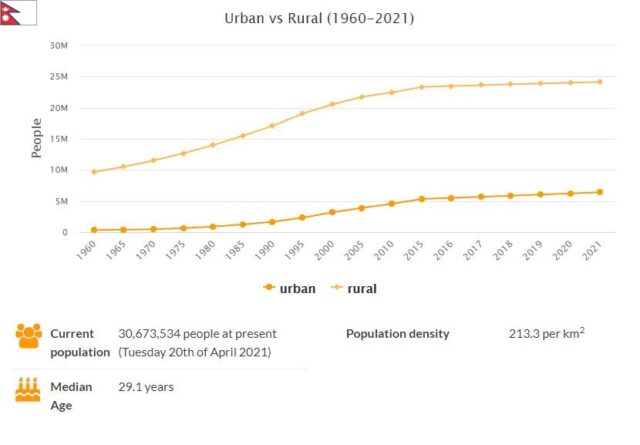 Corruption is a major problem, not least in connection with foreign aid, which began in the 1950s, and which funds a large part of Nepal’s development budget. It seeks to meet the need for health care, clean drinking water, fuel, better food distribution, increased communications and better teaching. The majority of children are estimated to suffer from malnutrition with diseases such as trauma, blindness, mental retardation and beriberi as a result.

Stomach and liver diseases are also common, and malaria and tuberculosis are ravaged, as are other diseases caused by malnutrition and malnutrition. Mortality in tuberculosis decreased by half between 1990 and 2000, but the disease is still a major problem. In recent years, HIV has become a growing problem in the country. The number of hospitals and doctors has increased in recent decades, but health care is still located to the larger cities. In 1970 there was one hospital bed per 35,000 residents, but in 2006 there was one per 2,000 residents. There are two doctors per 10,000 residents.

Nepal is still a strong male-dominated society, although steps on the path to equality have been taken. One third of the members of the Provisional Parliament elected in 2008 are women. In 1963, discrimination against women was banned, and equal pay was introduced in 1976. Since the beginning of the 1980s, women have been organizing politically and are facing the oppression of women in all their roles, such as daughter, wife and widow. Sons get better food, health care and schooling and less onerous work at home than their sisters, because they are a form of social insurance before old age. The woman’s right to inherit land is under discussion, and she lacks the right to a divorce. Injustice and abuse of women are common, e.g. Nepalese little girls are sold to brothels in India.

Nepal’s contemporary history can be said to begin in 2006, when the ten-year civil war between Nepal’s Communist Party (Maoists) and the ruling powers was over.

The desire to remove the country’s constitutional monarchy led to the bloody Maoist uprising that began in 1996. Nearly 15,000 people were killed in the fighting during the 10-year civil war (1996-2006). In 2006, a peace agreement was signed between the Maoists and the parliamentary government. In 2008 elections were held and the Maoists became the largest party. That same year, the kingdom was abolished and Nepal became a federal democratic republic. A new constitution was passed in 2015.

The Civil War and the monarchy are wound up

On February 1, 2005, King Gyanendra set aside the constitution, set aside the government and took over the board by himself. The Maoists were willing to lay down their weapons on certain terms, including the convening of a constitutional assembly to decide the issue of monarchy or republic. The Maoists had announced a three-month ceasefire in September, but in January 2006 the war flared up again. The country was characterized by general strikes, curfews and demonstrations. On April 14, 2006, the King spoke on television in connection with the Nepalese New Year. When the king gave no signal of political change, thousands of people poured into the streets and demonstrated until King Gyanendra ten days later – April 24 – resigned power and reinstated parliament.

Girija Prasad Koirala, leader of Nepal’s Congress Party, was appointed as new prime minister in November 2006. The Maoist leader Prachanda and Prime Minister Koirala signed a peace agreement. Thus, the ten-year “civil war” ended. The conflict had killed about 13,000 people, most of them civilians.

The Transitional Constitution, which came into force on January 15, 2007, declared Nepal as a federal democratic republic. Formal introduction of the Republic took place on May 28, 2008, when the Constitutional Assembly met for the first time. The king was deprived of all power in the transitional constitution, and the prime minister became acting head of state.