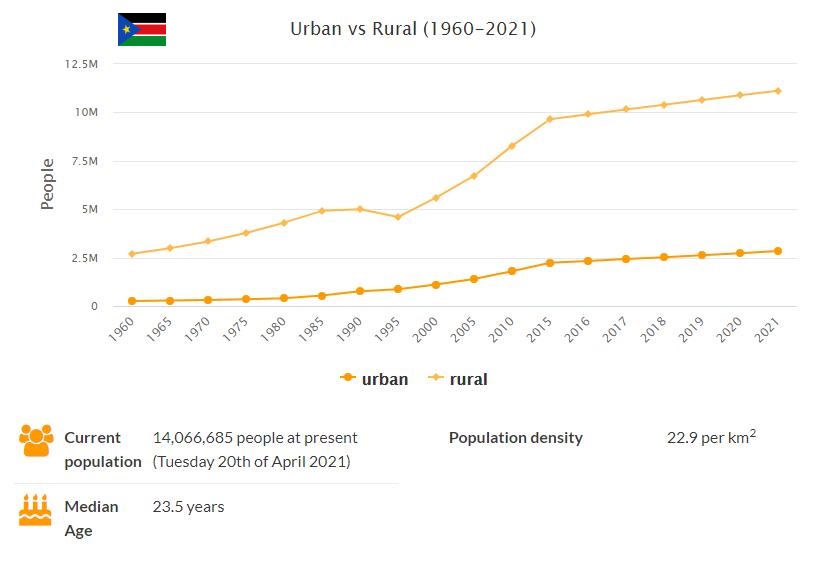 South Sudan is one of the least developed countries in the world. Visit AbbreviationFinder to see the definitions of SSPS and acronym for South Sudan. The small care sector that existed before the Sudanese civil war broke out in 1983 was destroyed or largely abandoned during the war. At the time of independence in 2011, large parts of South Sudan could in principle be regarded as humanitarian disaster areas. 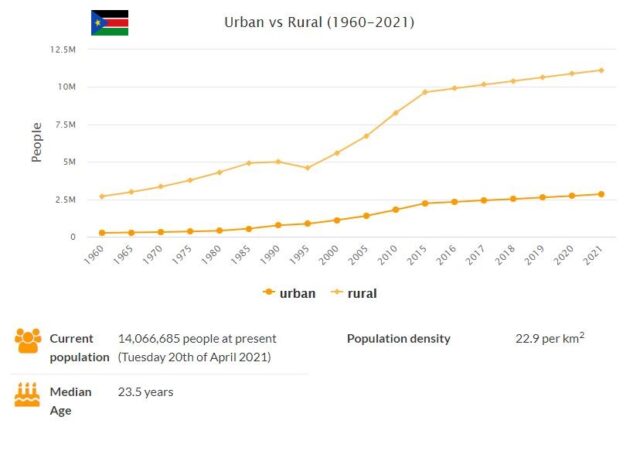 Common diseases include malaria, meningitis, measles, yellow fever, whooping cough, river blindness, sleep sickness, cholera and polio. Only about 16% of residents are estimated to have access to some form of health care. In the whole country there are about 120 doctors and only a hundred nurses. The previous medical training was moved to northern Sudan during the war. The government in South Sudan has set the goal of having one primary care physician per 25,000 residents and one hospital per 50,000 residents, which the government itself admits will take at least 20 years to achieve, although medical training would begin immediately. The care offered today is provided to more than 85% of foreign aid organizations. According to UN estimates, every sixth child dies before the age of one year and every seventh before the age of five. Maternal mortality is the highest in the world, just over 2% according to UN estimates. Only one in ten births take place in the presence of knowledgeable staff. In the whole country there are only about 100 trained midwives. UNICEF estimates that only 10% of children have full vaccination protection against the most common childhood diseases.

According to the Government of South Sudan, 27% of the adult population is literate. The distribution between men and women is not apparent. The high illiteracy rate, the lack of drugs and medical equipment as well as the great distances and the poor roads are considered to contribute to the high death rates. During the rainy season, most roads become impassable and it becomes impossible to get to a hospital, although one would be relatively close.

Communications within the country are hampered not only by the poor condition of the roads but also by all the mines laid out during the war. Great efforts have been made to destroy mines, but there are still long stretches of road and thousands of hectares of usable land that are fatal to enter due to undisturbed mines. In addition, there are strong suspicions that armed groups have continued to lay out new mines in previously cleared areas.

Pure drinking water is a luxury that less than half of South Sudan’s population has access to. Although malaria occurs throughout the country, only 12% of households are estimated to have access to impregnated mosquito nets.

A year before the Sudanese independence in 1956, the first civil war broke out. The purpose was to achieve representation and greater regional autonomy. For 16 years, the Sudanese government fought against Anyanya army of liberation. In 1971, former Lieutenant Joseph Lagu brought together all the smaller guerrilla groups in his South Sudan Liberation Movement (SSLM). It was the first time in the past 15 years that the guerrilla was given a united command structure and leadership. It was also the first time that SSLM could negotiate and speak on behalf of a unified South Sudan. The World Council of Churches (WCC) and the All Africa Conference of Churches (AACC) intervened as mediators in the conflict, leading in 1972 to the signing of the Addis Ababa Agreement that created the Autonomous Region of South Sudan.

In 1983, Sudanese President Gaafar Nimeiry declared the entire country an Islamic state to be subject to Sharia law. The same was true for the non-Islamic majority in South Sudan. The region gained its autonomy on June 5, 1983, and the Addis Ababa agreement was terminated at the same time. This led to John Garang setting up the Sudan People’s Liberation Army/Movement (SPLA/M) and thus the 2nd Sudanese civil war broke out. It lasted for 22 years and thus became the longest civil war in Africa. In 2005, with the Intergovernmental Authority on Development (IGAD) and a number of donor countries as brokers, a peace agreement was negotiated in Nairobi. led to the establishment of an autonomous government in South Sudan.

In December, parts of the military, with Deputy Vice President Riek Machar at the head, tried to oust Kiir, but the coup attempt failed. The situation quickly developed into civil war, as the dividing line between Kiir and Machar was of an ethnic nature. Around the country, people spontaneously began harassing or killing people from the other tribe. At the same time, about half of the military deserted to Machar. At the beginning of January 2014, the fighting was so widespread that several countries chose to evacuate their citizens.

The Civil War was rolling back and forth through 2014, while the main cities were falling to one, soon the other. Several ceasefires were negotiated in place, but never lasted more than a few hours. The UN was also quickly involved when Kiir accused the UN mission in the country of sticking with Machar. It led to numerous attacks on the UN throughout the country. Both sides carried out massacres on the civilian population in the areas they occupied and in April 2014, 58 were killed when young people attacked a UN base in Bor, where 5,000 civilians had sought refuge.

In November 2014, the International Crisis Group, (ICG) estimated that 50-100,000 were killed during this year’s matches. International human rights organizations have already, from the latter half of 2014, urged the United States and the other Western arms suppliers to the regime to work for international arms blockade under the auspices of the UN Security Council. In vain.

In mid-January 2015, Kiir and Machar signed a party reunion agreement (SPLM). There had been so many agreements between the conflicting parties over the previous 12 months that the outside world doubted its viability.

In March, the Security Council escalated pressure on the warring parties by imposing harsh, targeted sanctions on a list of people accused of committing war crimes. They got their funds frozen and got a travel ban. It motivated the parties to negotiate, and in August a peace agreement was signed with the East African Development Organization IGAD as a mediator. It was followed by a final ceasefire in November. 1.6 million however, people were still internally displaced, 600,000 fled to neighboring countries, 300,000 killed and 4 million. needed emergency food assistance.

In October, Kiir transformed per. decree the division of the country into 10 states into a division into 28 states – predominantly divided by ethnic lines. A number of opposition parties and NGOs criticized the decree and in November Kiir therefore got Parliament’s backing for the new division of South Sudan.

As part of the peace agreement, Riek Machar returned to the country in March 2016 and was reinstated as Vice President. 30 months are then set aside to prepare and conduct elections in the country.