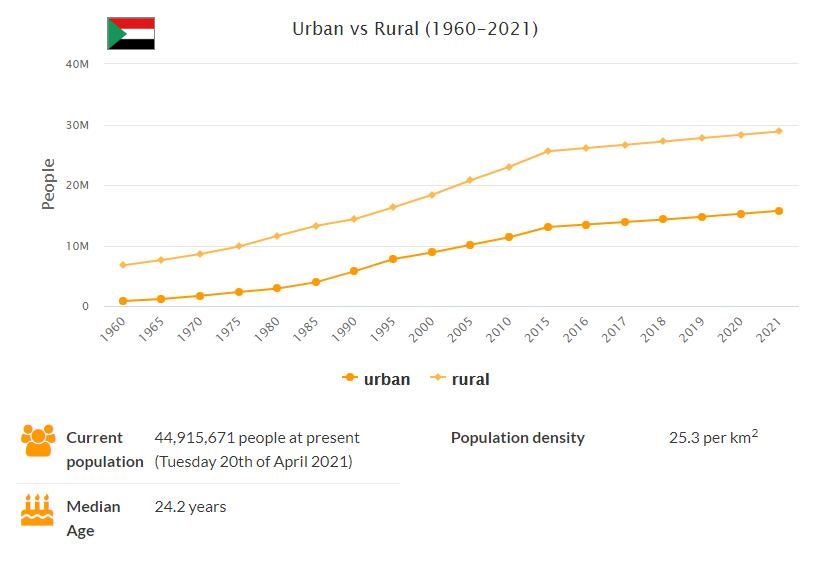 Sudan is one of the poorest countries in the world. Visit AbbreviationFinder to see the definitions of SD and acronym for Sudan. The state is unable to offer effective welfare systems, and for its social security, residents are referred to their own family or religious groups. The women are strongly subordinate to the men, and their already difficult position has been exacerbated by the country’s interpretation of Sharia. Recurring drought disasters since the 1980s as well as civil war and the influx of large refugee groups from neighboring countries have made the situation even more difficult. 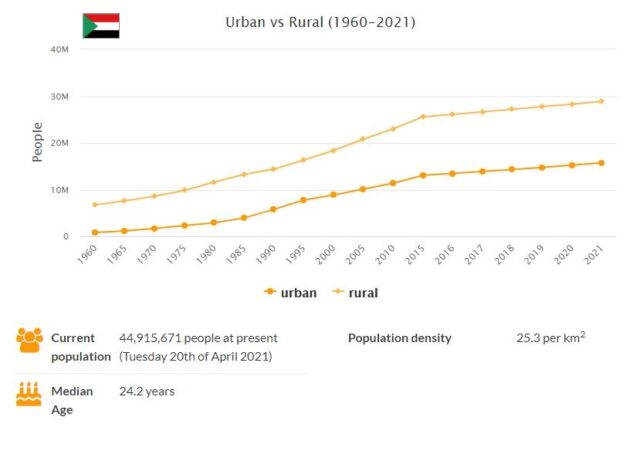 Both birth and death rates are high, as are infant mortality. Malnutrition and malnutrition are a major problem. During the 1980s, 1/4 of all residents (in Sudan including South Sudan) or half of all children under 18 were estimated to be malnourished. A serious shortage of health centers and medical personnel as well as clean drinking water contributes to the high incidence of infectious, gastrointestinal, pertussis, jaundice, jaundice, STDs and malaria. However, Sudan has so far been relatively spared from HIV/AIDS. In 2009, 10% of public spending was spent on health care.

In July 2011, a peace agreement on Darfur was signed between the Government of Sudan and the Peace and Justice Movement. The agreement established a compensation fund for victims of the Darfur conflict, the president was to appoint a vice president in charge of Darfur, and a new regional authority responsible for the region was created until a referendum could be held to determine the region’s future within the Republic Sudan. The agreement also contained power-sharing provisions, so that the movements that signed the agreement were entitled to appoint 2 ministers at the federal level, got 20 members in the National Assembly as well as 2 governor posts in the Darfur region. Despite the agreement, little progress was made during 2012. because the international community did not contribute to the reconstruction of the region. From mid-2013, fighting began again, as did the flow of refugees. However, many of the conflicts were local tribal conflicts over the right to land.

In October 2011, Bashir admitted that Sudan had supplied weapons to the Libyan rebels who had overthrown and killed Muhammar Gaddafi in Libya the month before. It was a “thank you last time” for Libya 3 years before. Bashir had supported Sudanese rebels. That same month, Bashir visited the rebel government in Benghasi.

The independence of South Sudan did not reduce the tension between the north and the south. The border area between the two countries remains disputed, and a referendum is to be held in Abyei at some point and it must belong to Sudan or South Sudan. In May 2011, Sudanese forces had attacked Ayei and sent 100,000 on the run. In March 2012, new fighting broke out in the area. Sudan’s air force bombed the northernmost regions of South Sudan, and SPLA-North occupied the Heglig oil field in southern Sudan. The UN and the AU have a peacekeeping force in Abyei.

Student protests erupted in December 2011 after several student leaders from Darfur were arrested at the University of the Red Sea in Port Sudan. Student activists called for revolution and openly declared their support for the Sudan Revolutionary Front (SRF) which had been a month in fighting the Sudanese government in the southern part of the country. At the same time, security forces attacked the University of Khartoum to stop a meeting of 700 students protesting against the deportation of the Manasir people who had to leave their homes due to the construction of the Merowe Dam. Twenty protesters were injured and at least 4 arrested. Two days later, 16,000 students conducted an occupation of the university in protest of the behavior of security forces. This demonstration was also attacked. Police used tear gas and arrested at least 73.

In mid-June 2012, several hundred female students staged a peaceful protest at their colleges at the University of Khartoum in protest of the government’s drastic cuts and rising prices. Over the next month and a half, protests spread throughout the country, and many workers also participated in the protests against the government’s economic policy. In response to the violence of the security forces, protesters began using stones and sticks. The protests culminated on May 31 as 1,000 protesters blocked roads, burned car tires and threw stones at police, who responded again with tear gas and sharp shots. Twelve protesters were killed and more than 50 injured. The next day, security forces thwarted the wave of protests by extensive house searches and the arrest of over 2,000 students and workers.