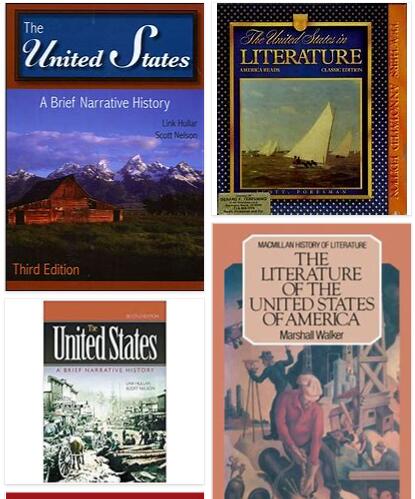 This is the field on which the most criticisms are pinned and which seems to suffer the most and demonstrate the involutionary process mentioned earlier. While the rebels of yesterday became acquired glories in these years and at the Hemingway of Across the river and into the trees (1950) and of The old man and the sea (1952) they gave themselves awards and dedicated monographs, while a difficult and controversial as Faulkner first wins the favor of the reading public and his hidden and tormented morality becomes more open and evident; while Dreiser’s own posthumous novels (The bulwark, 1946, and The stoic, 1948) seem to indicate a mystical inspiration; while the naturalism of Farrell and Dos Passos fades and the style of the late Sinclair Lewis (The God seeker, 1949; World so wide, 1951) becomes more sober and restrained, America from time to time acclaims a new discovery too often destined to be disproved by subsequent events or to remain isolated (this is the case of James Jones’ From here to eternity and Nelson Algren ‘s The man with the golden arm).

The impetus of rebellion and revolt that had sustained previous generations, so often coinciding, in its artistic expression, with the cruel but salutary discovery of violence, has probably exhausted its vital force, so that today some can observe that it would not remain for the young people who “rebel against the same spirit of rebellion”, and others that the new realism often becomes “mere brutality or photography”.

At the same time, the awareness of the formal problem and the tendency to weave innumerable and subtle symbolic plots in one’s narrative fabric becomes more acute among the young narrators, and not unlike what has been observed for poetry. There is, in essence, an exasperation of all the values ​​already present in the literature of the years between 1920 and 1940, with a decisive tendency of the last lever to override the sentimental, as well as literary and political, experience of the decade between ’30 and ’40 to refer directly to the climate of the “lost generation” of ’20.

Faulkner also teaches school, and in the presence of his work, to which are added different and composite contributions of modern experience and sensibility (from Kafka to Proust, from Joyce to Henry James and Hawthorne), we owe the rise of the so-called “Mississippi Delta School “which gathers intelligent and precious writers such as Eudora Welty (The ponder heart, 1950), Carson McCullers (The member of the wedding, 1946; The ballad of the sad cafe, 1951) or Truman Capote himself (v.) Who also rebels against the regionalist label. A case in itself is that of Robert Penn Warren (v.), Whose massive historical reenactments seem to show a more solid narrative structure, whose theme, while being equally affected by the other contemporaries and fellow countrymen of the dense and rich cultural terrain that it produces, it does not seem to shy away from great dramatic conflicts like them, and whose imagination often has intensity and power so as to redeem its latent intellectualism.

In fiction, even more than in poetry, there has been in the last few years the explosion of the phenomenon (in its modest reality) of the “Beat Generation”; a literature, and even more, a custom of post – litteram existentialism nourished by Zen philosophy, jazz and abstract expressionism. In the field of the novel, the beats they found their interpreter in Jack Kerouac (v.) and, subsequently, their corifeo in Norman Mailer (v.), a writer of more certain temperament and more certain vocation. Despite this contribution, the movement does not appear truly central to the history of American culture; rather than aligning itself with the “rebellion” that has authoritative precedents in America, it appears to be inserted in the more marginal current of protest represented by about seventy years of American bohemia, especially New York, whose limits of action and reaction appear irremediably traced by confusion ideological-cultural and from a fundamental, even if underground, lack of human and artistic coherence.

The vigor of the protest, the deeper the less sensationally proclaimed, seems instead to take refuge in a particular sector of contemporary American fiction, that of “minority” writers, who seem to be able to identify the wider drama in the drama of this human and social condition. of the individual and society. The greatest of these writers is, without any doubt, Saul Bellow (v.) , author of far-reaching novels, of courageous and complex construction, in which all the moments of the Anglo-Saxon novel of the last seventy years seem to converge, framed and supported by a mature and sure expressive art. Less ambitious, but also humanly and artistically alive, the novel by Bernard Malamud (v.) Which tends to dilute the drama into irony and to elegantly compose the tragedy. As for the young Ralph Ellison (v.), After his first novel which also represented his immediate and decisive success, today seems to gather strength for future work. If it will be able to eliminate the inequalities and bitterness of tone of The invisible man on the other hand, by gathering his remarkable promises, we can truly say that his is a living presence in today’s American novel. Like the Ellison, JD Salinger (v.) Entrusts his reputation to a single work: The catcher in the rye, published in 1952, remains a work of extreme lucidity and finesse, which is detached from the overall flat landscape we have tried to outline..