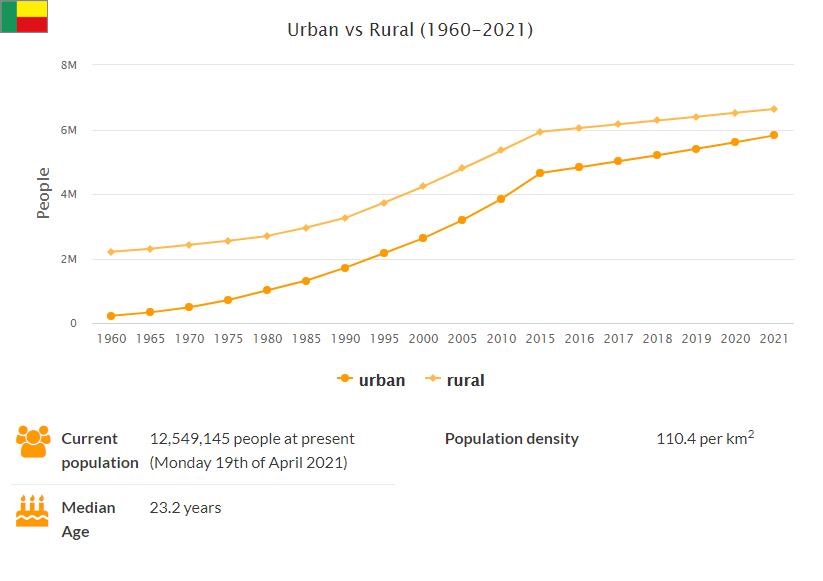 Three quarters of the population has access to clean water (2012). Malaria is a major problem in the country and 1 percent of the population aged 15-49 is estimated to be infected with HIV/AIDS. Visit AbbreviationFinder to see the definitions of BEN and acronym for Benin. 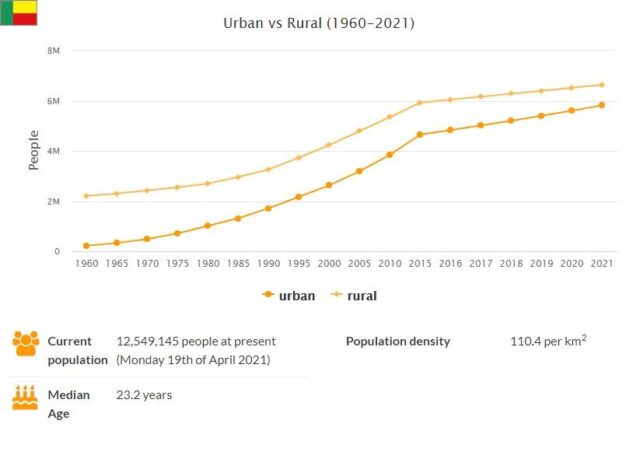 Access to healthcare is poor; there is one doctor and five hospital beds per 10,000 residents (2010). However, maternal health care has been expanded during the 2000s and qualified staff are available at more than four out of five deliveries. In 2012, 10 percent of government spending was spent on health care. Check to see Benin population.

The continuity of the leadership of the elderly dictator M. Kérékou represented the main feature of political life in Benin at the turn of the century. Having risen to power in 1972 with a coup d’état, Kérékou had in fact led the country through a long ‘revolutionary’ phase, initially of a nationalist nature and subsequently inspired by a rigid Marxism, and in the early 1990s he had managed the transition to multi-partyism. Defeated in the first democratic elections of 1991, he then won them in 1996, only to be confirmed again in 2001. In these consultations he had obtained 44 % of the votes in the first round, against 28% of N. Soglo (his main contender and previous President of the Republic), and had won in the second round with 84 %, after Soglo’s candidacy was excluded by the Constitutional Court for irregularities, while the majority of the other candidates had boycotted the electoral round in protest. The National Autonomous Electoral Commission, established in 1994 by the National Assembly to oversee the elections, it disagreed with the Court in assessing the regularity of the vote, and nine of its members resigned. After the electoral test, Kérékou called opposition exponents to the government, starting a policy of national conciliation, and defined the fight against corruption as a primary and common objective, while the National Assembly passed an amnesty for crimes committed during the electoral campaign. Both the municipal consultations of December 2002- January 2003 and the legislative ones of March 2003 saw the affirmation of the parties linked to the president. In particular, the elections for the National Assembly were won by the Union pour le Bénin du futur , a political organization born in 2002 with explicit reference to the president, who with 31 seats became the first party and with its allies obtained a total of 52 out of 83. The reinassance du Bénin di Soglo went from 27 to 15 seats, losing the relative majority. For the first time since 1991 a solid parliamentary majority was formed, having always seen a substantial parity between the majority and the opposition in the previous elections. The result seemed to guarantee the government the necessary support for decisions aimed at correcting an economic situation which appeared to be highly compromised and which had generated growing social tension. Indeed, the country was unable to get out of the long period of stagnation that began in 1994 with the devaluation of the CFA franc (Coopération financière en Afrique, the common currency of French-speaking Africa), which had caused a general impoverishment of the population both in the countryside and in the cities, where even the middle classes had seen a downsizing of their living conditions. The fall in cotton prices in the early 2000s, in a country where cotton was the main export product, had led to a worsening of debt and reduced foreign exchange reserves despite the strong growth in production. Also stipulated in July 2000 with the International Monetary Fund, which provided for the opening of a new credit line and reduced the debt burden, it did not envisage interventions capable of relaunching the economy or opening up new opportunities for development. In foreign policy, the government confirmed its choice to strengthen relations with neighboring states, in particular with Nigeria, also engaging in peacekeeping operations in Côte d’Ivoire and Liberia (2003). A further step in building democratic stability was the presidential elections of March 2006, won, in the second round, by Y. Boni, an economist who is president of the West African Development Bank.