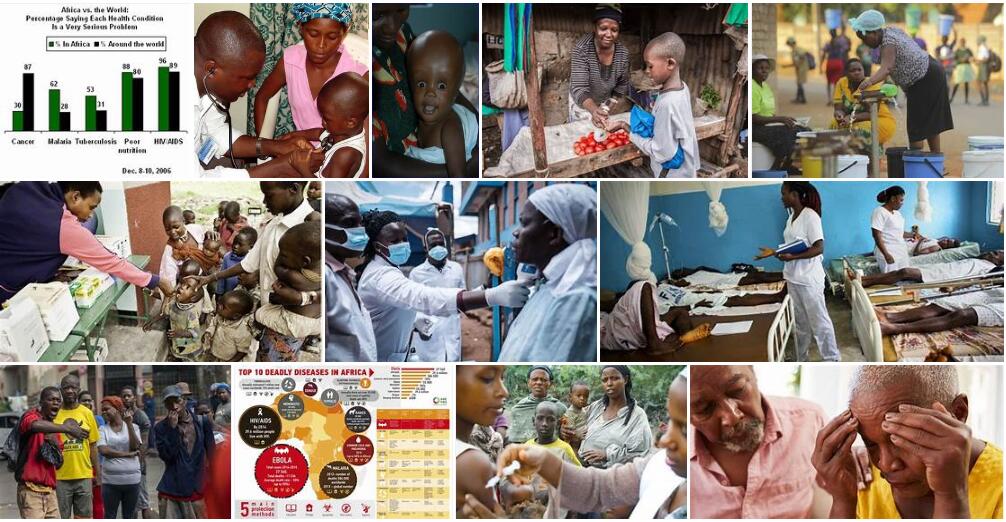 Illness and health conditions are strongly characterized by poverty, troubled political conditions accompanied by civil wars, and by the special climatic conditions. Child and maternal mortality rates are high, the birth rate is similar (over three times as high as in Denmark), and the average life expectancy is approx. 20 years shorter than the Danes.

Organized disease treatment is centered in the big cities and therefore out of reach for large sections of the population; the primary health service is sought to be expanded with the help of international organizations. Often, only 1% of gross domestic product is spent on health, compared to 6-7% in Denmark.

Cairo is the largest city in the continent of Africa by population, followed by Lagos and Kinshasa.

The widespread malnutrition and malnutrition forms the basis of the starvation disease kwashiorkor and infections that occur more frequently and have a more severe course of mortality than in our part of the world; poorer water and sanitation conditions also contribute. Traffic accidents and illnesses caused by alcohol and tobacco play an increasing role.

The prevalence of AIDS has been increasing rapidly. In the worst affected countries, 10-30% of young adults are infected, most often by heterosexual transmission; HIV-infected pregnant women can pass the infection on to newborns. Fighting is hampered by poor economy, war, drought, flooding as well as cultural traditions and prejudice.

The threat to nature is one of the major problems in Africa. The causes must be sought in the rising poverty and in the changes that characterized the continent in the 1900s. According to Countryaah, the population has grown and production has been transformed from self-sufficiency to a production that includes sales and exports to a greater extent. The population pressure has led to a shortening of the soil’s agricultural life, and the traditional nature adaptation of the nomadic communities is threatened by modern agriculture, enclosures and infrastructure expansion.

In many countries, the difficult economic situation, and in some places also the government’s development policy, has led to urban growth. This has led to extensive slum buildings on the outskirts of most major cities. These neighborhoods have their own environmental problems in the form of inadequate water supply, renovation and sewerage; in combination with miserable housing conditions, the result is high morbidity and mortality, especially among children. Air pollution can be a major problem in the largest industrial cities and in densely populated districts, and in most cities, wastewater is discharged unclean with hygiene problems. In some countries, the prospect of monetary earnings has led the government to accept environmentally hazardous waste from the countries. 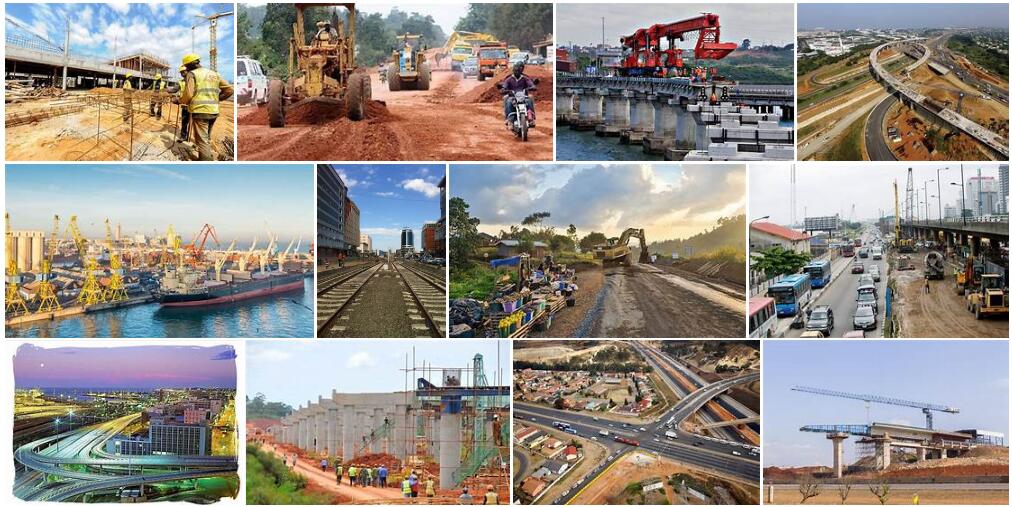 The continent’s colonial past is clearly seen in the infrastructure. Selected areas (mines, plantation areas) in the interior of Africa are linked to a port city, while connections between countries are often poor.

This export-oriented infrastructure is most clearly seen in the rail network, which is completely incoherent, but it also applies to the road network, which is of greater importance. The development of trans-African highways is a high priority, but requires large investments. The road network is consistently poorly developed with major capacity problems; moreover, many dirt roads are impassable during the rainy season. The bad roads cause a great deal of wear and tear on the means of transport, and as there is often a shortage of these, the existing ones are overloaded, which further degrades the road network.

The port capacity is also limited, with large waiting times for the ships. Despite some investments, including aid, only a few African ports have adequate facilities, including container handling equipment.

From the resistance to colonialism and even more from the encounter through the educational system with Western ideas of nationalism and freedom, an African nationality movement grew. It gained its first success when Britain in 1922 recognized Egypt as an independent kingdom. Italy’s assault on Ethiopia in 1935–36 strengthened the will to resistance throughout Africa. The real turning point was World War II, which set the point for Europe’s world domination at all. North Africa was in the lead. Libya, Tunisia, Morocco and Sudan became independent in the 1950s.

In Algeria, however, tearing up and cruel battles were required before France released the grip (1962). By then, France’s other West and Central African possessions had already chosen independence. Britain’s colonies became free in a more widespread order, beginning in Ghana and ending in Zimbabwe. The worst was the progress in the Portuguese possessions. Mozambique and Angola became free in 1975 and Namibia only in 1990.

Eritrea became independent from Ethiopia in 1993. After several years of peace and reconstruction, in 1998 the country entered a conflict over the border with Ethiopia. The election of Nelson Mandela as President of South Africa in 1994 can be seen as an end point in Africans’ struggle for national independence and for African majority rule. Civil war and military coups have hit a long line of new states: Nigeria, Congo (Kinshasa), Somalia, Sudan and Uganda. The mutual fighting in Sudan in 2011 led to the country being divided and the new state of South Sudan emerged.

The root cause of New Africa’s difficulties was and still is the poverty suffered by so many of its states. It is partly a legacy from colonial times and from previous exploitation, but perhaps above all the result of the so often disruptive balance between people and the environment.

The post-colonial period until the end of the 1980s was characterized by either the United States or the Soviet Union trying to get the states as allies in the Cold War. The end of the Cold War has created a whole new situation with the United States as the only remaining great power. The disintegration of the Soviet bloc has created new investment opportunities in Eastern Europe, which has made investment in Africa less attractive. This has led to Africa being the only region in the world that is both underdeveloped and not developed.

Furthermore, several African countries have become increasingly difficult to assert themselves as an organization and preserve their legitimacy, for example. Somalia, which in principle no longer exists as a state. At the same time, however, grassroots-based movements have arisen in several parts of Africa, which primarily seek to solve local problems with local resources.