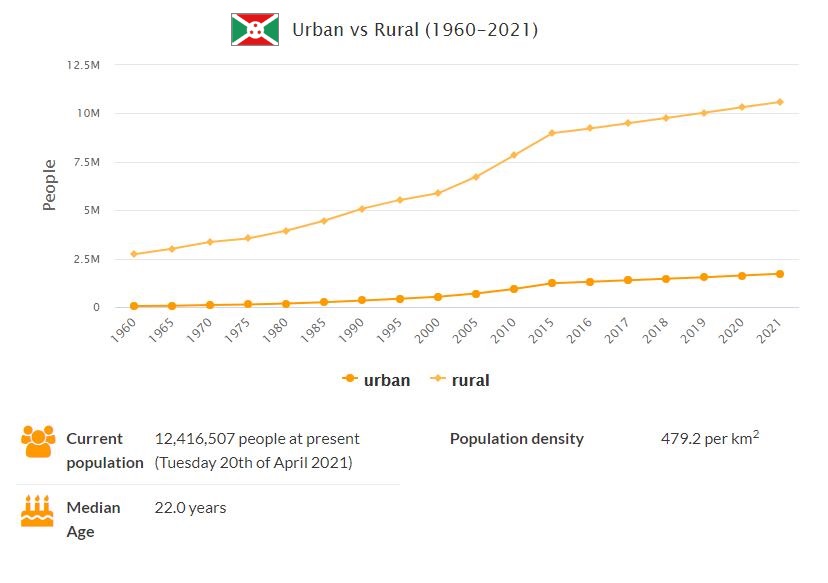 The 1990s war led to deteriorating living conditions for a large proportion of Burundi’s population. Visit AbbreviationFinder to see the definitions of BDI and acronym for Burundi. The situation worsened further after the severe floods in 2007, which affected mainly small-scale agriculture. 39 percent of toddlers were underweight. Maternal mortality in 2005 was 1,100 per 100,000 descendants. 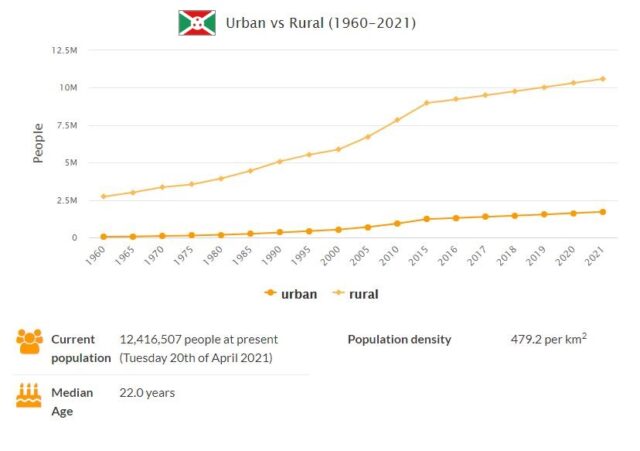 The AIDS epidemic has hit Burundi very hard. In 2005, approximately 150,000 people were estimated to be infected with the HIV virus. The same year about 14,000 people died due to AIDS. In 2004, there were 200 doctors in the country, ie. about 1 per 40,000 residents. The corresponding figure for nurses and midwives (a total of approximately 1,350) was 1 per 6,000 residents. The shortage of doctors is greatest in the countryside. Burundi uses about 3.4 percent of GDP for health care (2005). Regarding sanitary conditions, 71 percent of the population had access to clean water and 41 percent to satisfactory sewage in 2006. Check to see Burundi population.

In late March 2008, the FLN sought to get parliament to pass a law granting front-line members immunity from arrest. Immunity should cover common crimes, but not serious crimes under international law such as war crimes or crimes against humanity. Although the government has previously granted this immunity to individual persons, the FLN did not have access to it.

In April 2008, FLN bombed Bujumbura. The Burundian army responded to the attack and the FLN suffered heavy losses. A new ceasefire was concluded in May. In August, President Nkurunziza met with FLN leader Agathon Rwasa. It was the first direct meeting since June 2007. The two agreed to meet twice weekly to set up a commission to solve the problems that arise during the peace talks.

The refugee camps are now closed and 450,000 refugees have been repatriated. The economy is in ruins and with the return of refugees, new conflicts arise over land in particular.

President Nkurunziza was re-elected in June 2010 with 91.6% of the vote after the opposition jointly called for a boycott. The weeks leading up to the vote were marked by several grenade attacks – which the FLN was accused of being behind -, 8 killed and over 60 wounded.

The political chaos escalated after the election. Members of the FNL resumed the armed struggle and attacked the CNDD-FDD. The military counter-attacked prominent members of the FLN and other opposition parties. The violence continued through 2011 and culminated tentatively in September 2011 when 40 opposition politicians were murdered at a bar in Gatumba. The country was characterized by widespread impunity and the murderers were rarely tried. Nkurunziza sent mixed signals to the opposition. In his speech on Independence Day, July 1, he urged opposition leaders to return home to take part in the country’s reconstruction, but despite international appeals, he and the opposition were unable to conclude negotiations on the basis of negotiations.

There were 30 political murders in 2012. A decrease from 101 the year before. An investigative commission set up by the state attorney in August 2012 issued a report denying that there were political murders. However, none of the murders were investigated or sentenced.

In October-December 2012, some 30,000 Burundian refugees returned to Burundi from refugee camps in Tanzania, where many of them had lived for decades. The refugees had been given an ultimatum by the Tanzanian government in Tanzania. The return was fairly peaceful, although in some areas conflicts of ownership of the land arose.